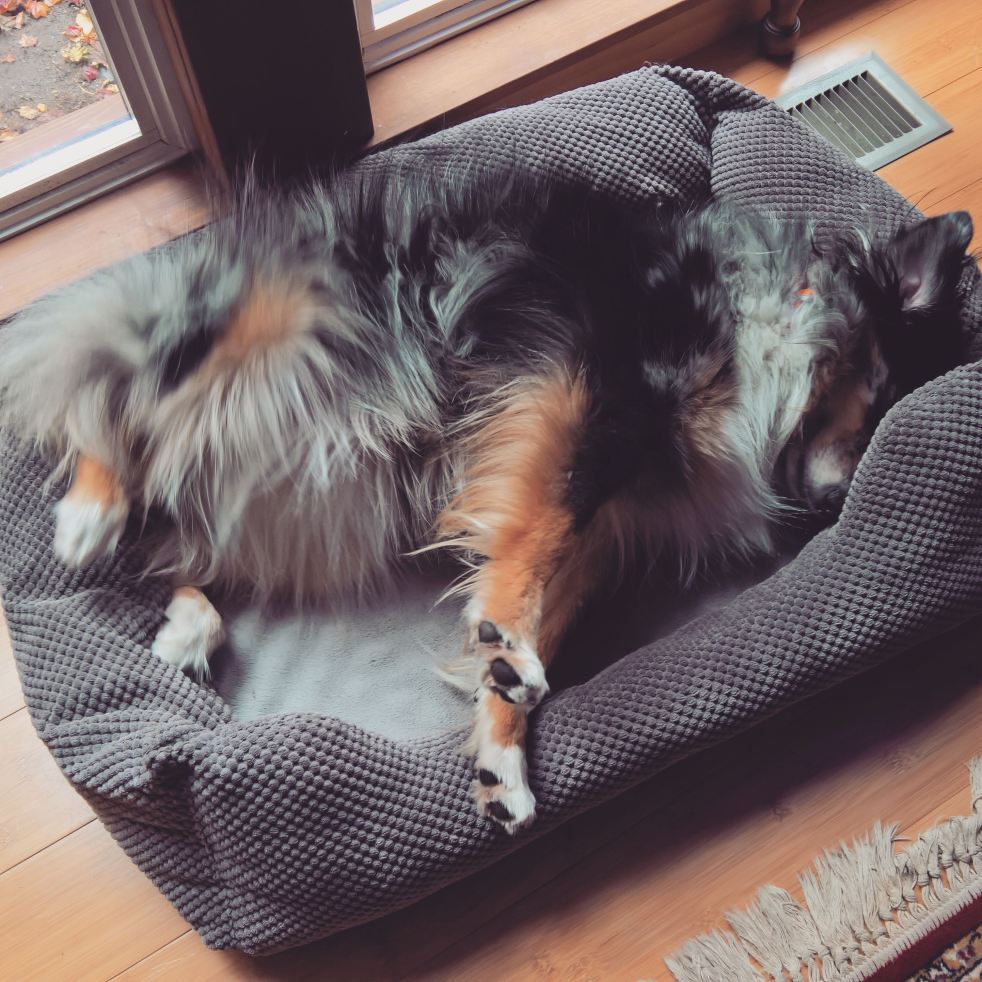 The natural world has plenty of help to offer those that have insomnia or just occasional sleep issues. Whether you want to work from the outside with essential oils, or take supplements internally, there’s something for everyone. Here’s the link.

It’s January and I’ve not been writing or cooking much, mostly because we got a dog and I seem to spending all my spare time walking her.

She is a working breed (why did we get a working breed?! We are not an employment agency!) who needs a lot of activity and so we walk. A lot. The good thing about this is I’m up and outside at times I normally would not be, so I’m getting to hear more birds sing their morning songs, see the early fog lift slowly uncovering a waking world, and nod acquaintance with the other slaves to leashes out, their one free hand wrapped around a doggie bag. (Not the good kind.) My favorite part of being out in the morning though is seeing the stillness slowly come alive.

When I walk my boys to school we stay where a lot of commuters are headed to work so it seems like we are jumping into a busy day, already needing to catch up with the fast-moving current. After we say our goodbyes at school and our dog goes into hysterics that we are leaving the boys and no longer all together (bark bark whine whine) then we move onto a trail where the quiet seeps in and the early stillness of morning still resides. It’s beautiful.

Later hours often find us walking around town too, but morning is my favorite time to be out with her, when the air smells heavier with sweetness and damp and as we glide through it we are part of magical time before the day really starts. I actually didn’t make any New Year’s resolutions and in fact have been kind of on an anti-resolution kick if one judges by the amount of time I’ve spent at the gym. What I’ve had to do is change my routines and I’m trying to do it gracefully instead fighting every moment of it. We got this dog for the kids and they love and adore her, but of course it’s my responsibility to give her enough exercise, take her out enough, feed her enough. After all the ‘enoughs’ I’m also trying to accept the changes to my routines with grace and appreciate the pup for all her quirks and yes, adore her too. This January has not been about calorie counting, new exercise classes, or trying new food fads. For me, it’s been about accepting the fact that for the next few years at least, I’ll be spending a lot of my time just… walking. (Unless we move to a sheep farm which actually doesn’t sound like a bad idea.) For now though, if you want to find me you might check the trails in Redmond~ I’ll be the one trying to keep up with my working dog.